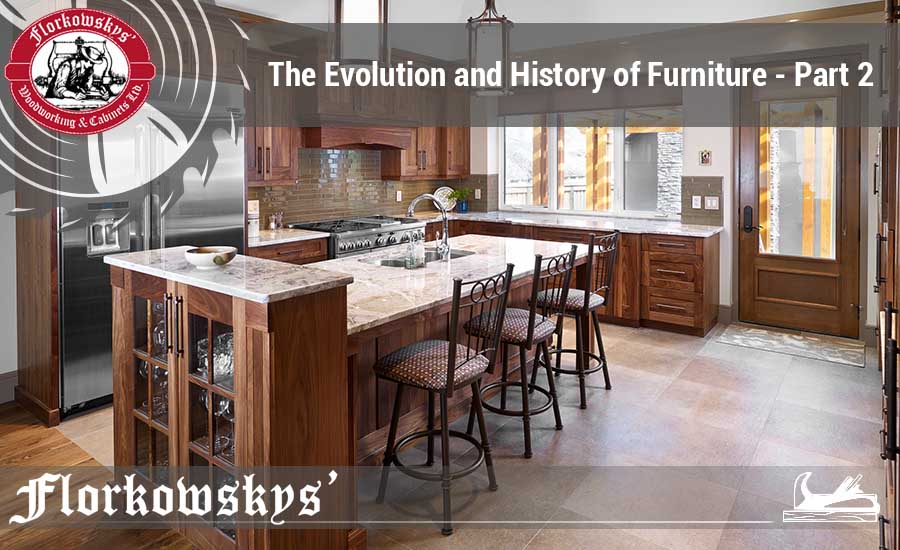 So we’ve seen that rich people throughout history had much better furniture — mostly countries in Europe and Africa but with the exception of Great Britain. Shall we continue along with the 16th century?
Rich Saxons and their entire household lived together in one great hall. In the Middle Ages, the great hall was still the centre of a castle but the lord had his own room above it — this room was called the solar. In it, the lord slept in a bed, which was surrounded by curtains, both for privacy and to keep out drafts. The other members of the lord’s household, such as his servants, slept on the floor of the great hall. At one or both ends of the great hall, there was a fireplace and chimney but in the Middle Ages, chimneys were a luxury.
Medieval furniture was very basic and even in a rich household, chairs were rare — most people sat on stools or benches. Rich people also had tables and large chests, which doubled as beds. Rich homes had hanging wool tapestries or painted linen and they weren’t just for decoration — they helped keep out drafts.
In the 16th century is when things became more comfortable for the wealthy. Furniture was more plentiful than in the Middle Ages but it was still basic. In a wealthy home, it was usually made of oak and was heavy and massive — 16th century furniture was expected to last for generations and was expected to be used by your children and grandchildren. Comfortable beds became more and more common and increasing numbers of middle class people slept on feather mattresses rather than straw ones. Chairs were common but still expensive — even in an upper class home, children and servants sat on stools and benches.
Glass windows became much more common but the poor still had to make do with strips of linen soaked in linseed oil. Chimneys were also a luxury in the 16th century but became more common.
In wealthy Tudor houses, the walls of rooms were lined with oak paneling to keep out drafts. People slept in four-poster beds hung with curtains to reduce drafts. In the 16th century some had wallpaper but it was very expensive — other wealthy people hung tapestries or painted cloths on their walls.
None of the improvements in 16th century furniture applied to the poor. They continued to live in simple huts with one or two rooms and smoke escaped through a hole in the thatched roof. Floors were made of hard earth and furniture was very basic like benches, stools, a table and wooden chests. They slept on mattresses stuffed with straw or thistledown and these mattresses lay on ropes strung across a wooden frame.
Categories: History, Interesting StuffBy adminAugust 25, 2016
Tags: Woodworking

The Evolution And History of Furniture – Part 3
September 8, 2016